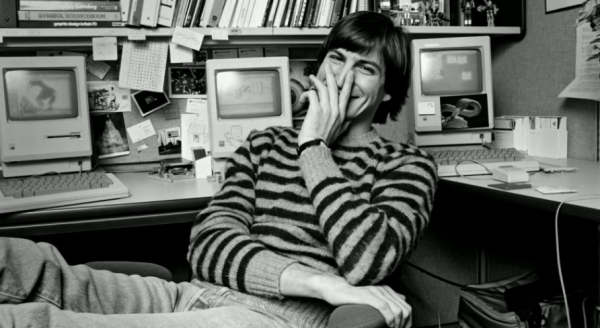 Steve Jobs was a visionary. Known by many as the “Father of the Digital Revolution”, Jobs created consumer technology again and again, year after year. In fact, he continues to influence well beyond his untimely passing in 2011. As the co-founder of Apple, Jobs oversaw the birth of the iMac, iTunes, iPod, iPhone, iPad, App Store and everything in between. Everything you use on your smart phone, all of the music and movies and content you access directly on your computer or devices, is thanks to the charismatic brilliance of Steve Jobs. He literally changed the world forever.

It has only been two years since Steve Jobs passed away, but his work left an indelible mark on society. This month, Open Road Pictures is releasing their version of Steve Jobs’ life story with Jobs, a biopic starring Ashton Kutcher. The film will no doubt explore Jobs’ illustrious career, from the founding of Apple, to his revolutionary return to the company and its worldwide success over the past thirty years.

END_OF_DOCUMENT_TOKEN_TO_BE_REPLACED

Comments Off on Remembering Steve Jobs

An Emergent Syntax of Stuff 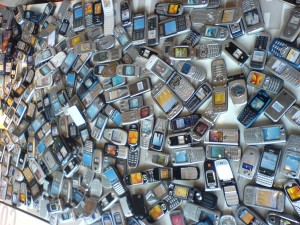 In the 2006 comedy Idiocracy, Mike Judge depicts the Great Garbage Avalanche of 2505. That falling mass is almost certainly full of original iPads, first generation iPods, and antiquated iPhones, along with device-specific chargers and trashed FM transmitters. Technological advances have their costs. More pernicious than the stylized movie threats of new weapons or rampaging dinosaur clones, we face a not-so-subtle and advancing threat: the exponential growth of stuff.

This is the environmental impact of planned obsolescence, or the design practice of deliberately providing a product with a limited useful life.  Items are created with intentional shortcomings to force users to make ancillary purchases.  It’s no surprise that the sale of consumer electronics accessories represents $10 billion in annual revenue.  Most consumers plan to use their accessories for a few years, but when the form factor, or geometry of a product, shifts from generation to generation—common among smartphones—accessory purchases may become more regular.  Think of all those dead dongles: DisplayPorts replaced by Mini DisplayPorts, FireWire replaced by Thunderbolt. END_OF_DOCUMENT_TOKEN_TO_BE_REPLACED

“To understand ourselves, we must embrace the alien.”
–  PZ Meyers, octopus neuroscientist

As discussed in Biomimicry and the Design Revolution, our species is learning to consult the natural world for evolved solutions to contemporary human problems.  This paradigm shift – commonly referred to as “biomimicry” – has inspired everything from tailfin-shaped tidal energy generators to new adhesives based on the pads of gecko feet.  Now designers have turned it on one of our era’s unique dilemmas:  the growing demand for extended memory and cognition in an accelerating technological society. END_OF_DOCUMENT_TOKEN_TO_BE_REPLACED

Biomimicry and the Design Revolution: the New Intelligence 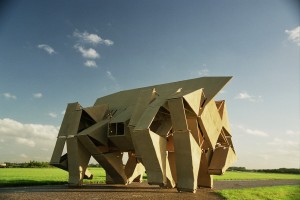 This photo is of artist Theo Jansen’s Rhinoceros and is brought to you by Octa, creators of the Whale Kit iPad Handle.

Humankind has a proud history of developing technology.  Defined by the Greeks as technologia, it is the creation and use of tools, techniques, crafts and systems in order to solve problems or affect purposes.  As soon as we humans recognized our mortality, we began using fire, clothing, and farming to distance ourselves from the vicissitudes of nature.

In the quest for comfort and material security, our species spent thousands of years separating itself from nature.  Now designers are looking back to the natural world out of reverence for its evolutionary intelligence.  Nature, it turns out, already has the solutions to many of our problems. END_OF_DOCUMENT_TOKEN_TO_BE_REPLACED